Sammy was born in 2004 on the island of Bornholm, Denmark. He is bred by Anette Schou-Lund, AC-af Engvang Stud.

Sammy’s Sire Skousboe Morning Rock received the highest marks ever given at a Danish inspection in 1994: 10 10 9 9 10 10 9 10 10. Since 2005 Rocky is owned by Sternberg Stud in Germany. He won several classes and Championships at German Connemara Shows. 2008 and 2009 he was leased to Ireland, where he was also successful at shows; i.e. he won the Supreme Championships at Oughterard and Spiddal in 2008.

Sammy’s dam AC-Soft Jewel af Engvang was also inspected with high marks into the Danish studbook as first class mare (9 9 8 9 9 9 8 9 8 9) and also had several show successes. She comes after her extraordinary good dam, the Elite-mare Øxenholm Sleepy Eyes, who was not only inspected with the highest marks ever given to a mare (10 9 9 10 8 9 9 9 9 10) and several show successes, but also has produced a string of very good offspring.

Sammy’s full-sister AC-Sille Yemanja af Engvang was at the age of 4 years also inspected into first class and did not only win the inpection that day but was also Reserve Best in Show. 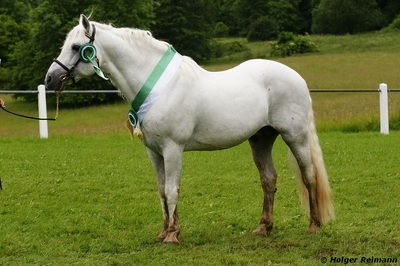 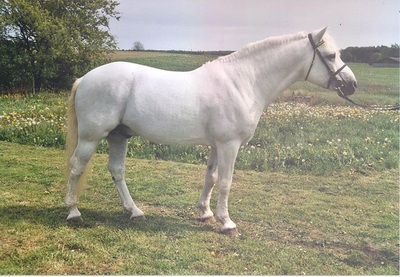 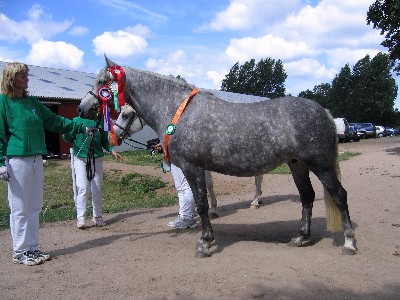 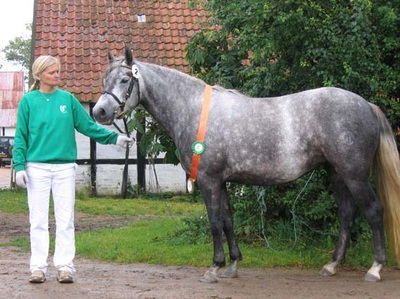